Especially considering the size of universe that Hello Games created is essentially infinite. Spoilers and speculation ahead.

What we first need to understand, is that within the space that Hello Games created, all is not as it seems.  This article is not about how founded these claims were/are; but, NO MANS SKY upon release received overwhelming hate and backlash from the public for being “not as advertised”. I personally found them mostly legitimate. Sentiments were cleverly distilled in the following YouTube clip…

No Man Sky has three primary protagonists, Nada, Polo & Atlas . As we make our journey along the Atlas Path in an  attempt to complete the game, our protagonists become oddly self aware. Nada quotes that elements of the game are too simplistic or wrong. Atlas notes that it has existed within the game for an impossibly long time. Soliloquies mention the code that generates this game. Their hypothesis: Simulation.

Do you always look at it encoded?

Well you have to. The image translators work for the construct program. But there’s way too much information to decode the Matrix. You get used to it. I…I don’t even see the code. All I see is blonde, brunette, red-head. Hey, you uh… want a drink?

Yes, I guess you could call it cheating look behind the curtain to view the programming. Additionally Hello Games going to great lengths in obfuscating the inner workings of this game, probably has more to do with protecting creativity.

When producing video games, as with any packed media, unused assets will be produced. Ideas are often left on the cutting room floor midway through production. Therefore trawling through lines of code alone will never produce proof of existence. We must settle for allusions to the intentions of Hello Games.

Besides, a wise character once said…

Sooner or later you’re going to realize just as I did that there’s a difference between knowing the path and walking the path. 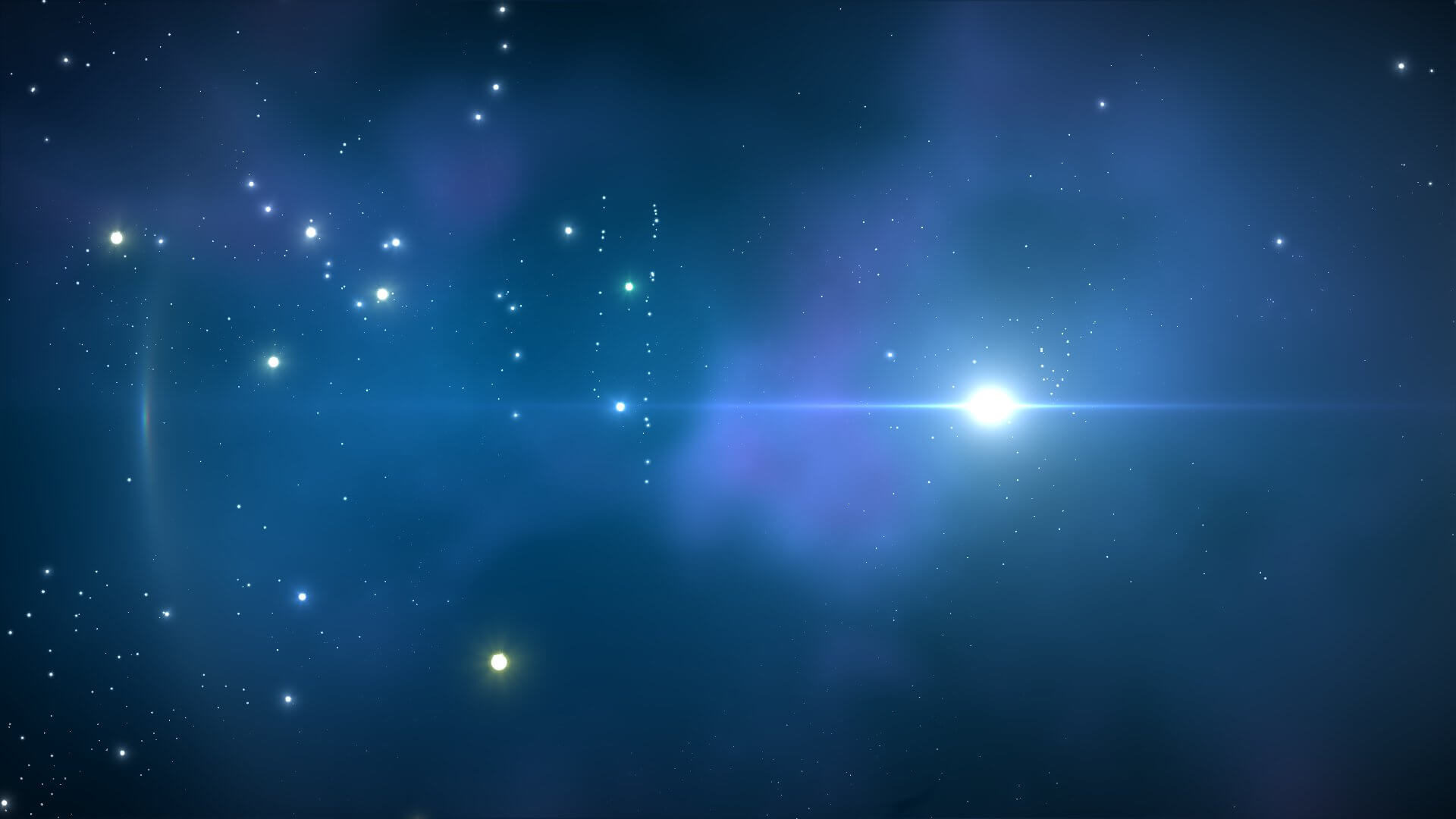 Sticking with the theme of allusions to the intentions of Hello Games: a point of much conjecture on internet forums has been Portals. An asset, most probably found on every planet, has no switches or points of interaction. This object is unlike every other asset in the game; including the ground which can be formatted and Monoliths that can be prayed to. Most importantly, Portals are unnecessary and unused for those who find completion in the game’s primary Atlas Path. 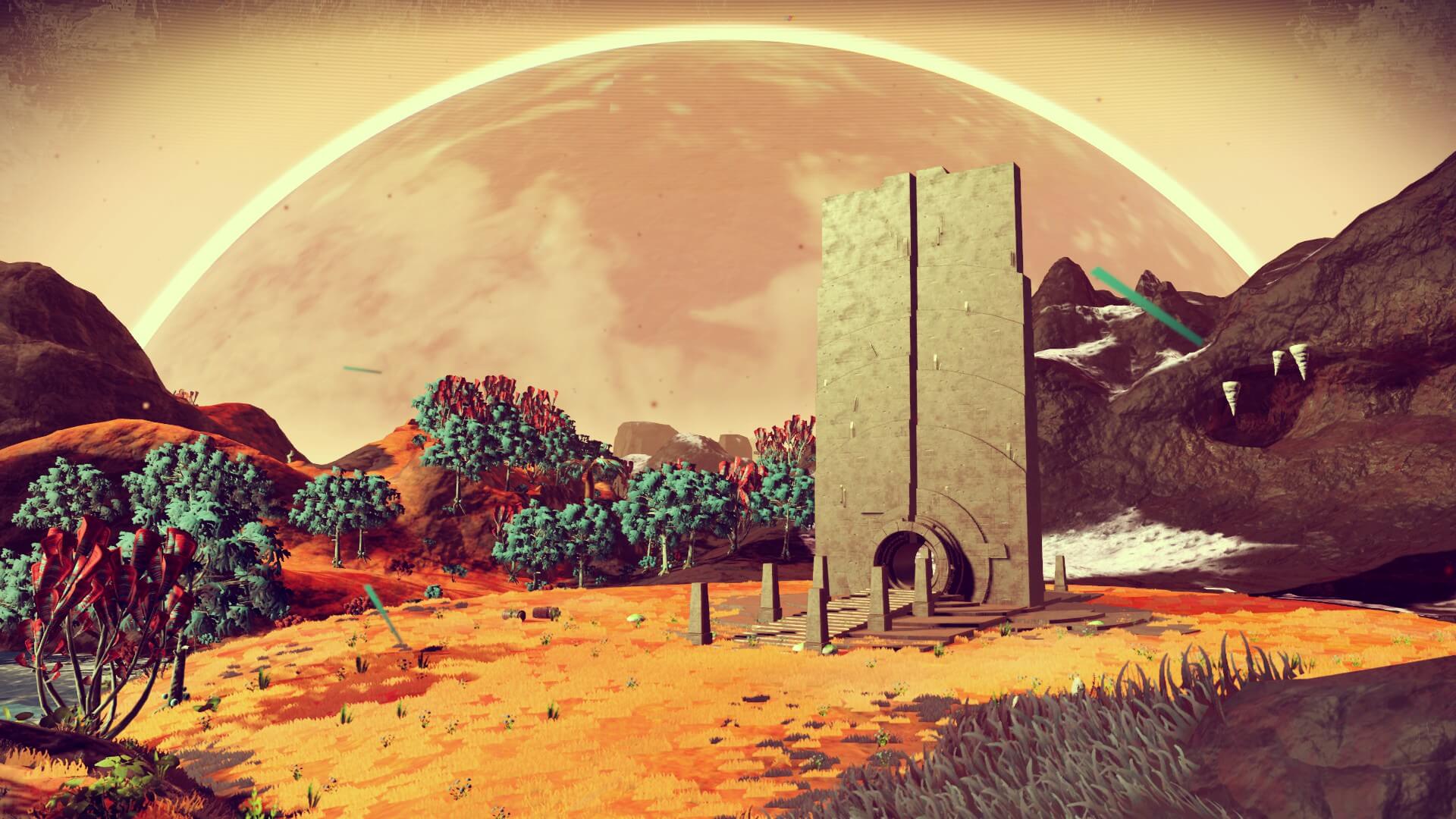 Some are desperate to manifest meaning ;  others formulate their own thoeries to test on the simulation. Then there are pockets of, tinfoilers, scientific minds and mentally unstable alike who commune, speculate and research this currently dormant structure.  Motivations are clear: Individually, mostly to be the first traveler of chartered paths within a limitless exploration game. Collectively, every gamer wishes to derive their own suitable experience. But can the broad needs of “everyone”, satisfied in one game? Including: solace, massively multiplayer and crack pot theories?

I know what you’re thinking, ’cause right now I’m thinking the same thing. Actually, I’ve been thinking it ever since I got here: Why oh why didn’t I take the BLUE pill?

Watching the pre-release trailer of working portals; then re-watching the hilarious sentiments cleverly distilled in the first YouTube clip, joining the backlash for being “not as advertised” is an understandable response. To be sympathetic: it is an ambitious project, helmed by a small team, under scrutiny of years  of hype and millions of pre-orders. Hello Games even suffered a flood . Maybe that is the only secret Hello Games is holding to their chest, opting to slowly find redemption via free updates. Wrap it up guys. End of Story.

For those still with us, in this attempt to [not] discover schrodinger’s needles…..in an infinite haystack., a few more questions remain What does No Man Sky directly explain? What is the lore? How do we distinguish between facts from lies? With the exception of trading items, spaceships and mining. A core mechanic of interactions with NPCs , Monoliths and Observatories involve selecting an appropriate response. In some cases there is only one response. An endless loop of Soliqouies and third party information, provide knowledge and help guide your decision.

Ultimately, if Hello Games wanted to convey one message about this game, it would be “Do what thou wilt” – ….. or something to that effect. Perhaps too broad and loose term for a seemingly vast and shallow game.. In the context of the procedurally generated, infinite and timeless expanse named No Man Sky: Those that cannot manifest joy from this game, should turn the game off….trade it in.  I personally enjoy carving “fuck you atlas” and the occasional penis.  Regardless of action, the laws of infinite dictate we will not be the first or last to take any path in this regard.

But, in the same vein, the laws of infinite also dictate that a game called No Man Sky has been in existence. One that holds secrets. Within this [version of] No Man Sky there is an entity named Atlas and an agitator named Hirk. Atlas , who had a wife named Hesperius , spawned children Hyades and Calypso , held up the celestial axis. Surely, again running withing the realms of infinite, a version of yourself manages to unlock some of those secrets held within..